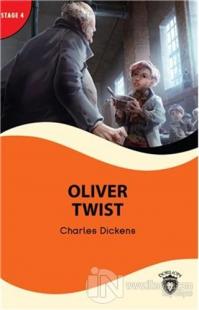 “Oliver Twist” is a book which contains the simplified edition of the novel with the same title by famous author Charles Dickens.
The muddy and dusty streets of newly-industrialized London were the places where different criminal acts were committed in which children were generally forced to take part. In this story the reader is given the portrait of such a child, Oliver, who struggles very much to stay stainless within a highly criminal society.

Dorlion Readers is a series of retold and simplified stories which are classifed into 4 stages, each stage consists of 10 story books, in accordance with their degrees of difficulty. The selected stories are chosen among the world-wide known fairy tales, mythological narratives and short stories of famous authors.