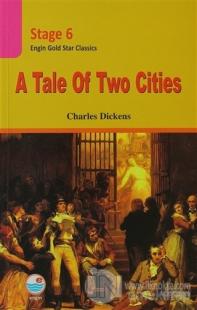 A Tale Of Two Cities (CD'li)

This is an interresting story written by Charles Dickens, the most popular English novelist of his time. As its title suggests, the story takes place in two cities – Paris and London- during the French Revolution. It presents the politicial, social and economical conditions of the period. A Tale of Two Cities is not only a story of love between its two major characters Chales and Lucie, but also a story ıf the cruel and merciless patroots of France two rebel against the aristocrats to make a free Republic. It is a world classic which must be read by all students of English.