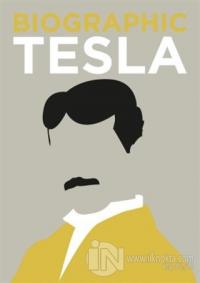 Many people know that Tesla was a scientific genius, instrumental in developing modern electricity and communications. What, perhaps, they don't know is that he was born during a lightning storm; spoke eight languages; and claimed to have invented a death ray that could destroy 10,000 planes from 250 miles away. This book presents an electrifying exploration of his life, work and fame, with 50 irresistible facts converted into infographics to reveal the scientist behind the science.