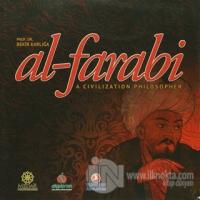 He was born in 1947 in Besni county of Adıyaman. He received lessons of Qur'an al-Karim and Arabic from his father. Later he studied Arabic, Persian and religious sciences in classical style in Urfa and Diyarbakır madrasas. In 1968, he was graduated from Maras Religious Vocational High School. In 1972, he was graduated from Istanbul High Institute of Islam and from Istanbul University Faculty of Letters, Department of Philosophy In 1977.

After he retired in 2008 voluntarily, he established Civilization Studies Center (MEDAM) in Bahcesehir University. Later he was assigned as United Nations Alliance of Civilizations Turkish Coordinator in the capacity of Prime Ministry, Chief Consultant.

"Civilization Documentary of River Flowing Westward" prepared by Professor Bekir Karliga who has mostly concentrated on studying in the fields of thought, civilization and East-West relations paying effort for five years was awarded by the Presidency with 2013 Culture-Art Great Award.

Mahya Publications decided to publish all works of Bekir Karliga collectively. Up to date his works named "Religion and Thought", "Religion and Civilization", "Tunisian Hayrettin Pasha, A Reformist Islam Philosopher" have been published within this serial. First of all, his works named "Influences of Islamic Thought on Western Thought", "Global Humanity Development", "Introduction to Islamic Thought" and "Creation of Ottoman Thought" will be published within this serial.