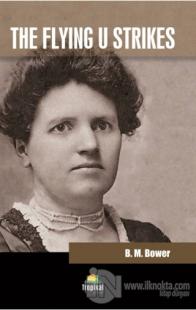 The Flying U Strikes
B. M. Bower

A raw March wind such as only the high prairies ever know poured like ice water over the bald benchland that forms a part of the Flying U range. It roughened the hair on the two saddle horses; it tossed their manes and it whipped their tails around their hocks as they loped down to the bluff edge where the rough country began. Chip Bennett, younger of the two riders, broke a silence ofhalf an hour. “Those horses will be hugging the brush on a day like this,” he said, and drew a hand across his smarting eyes