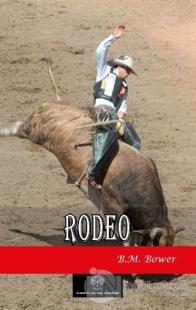 “So they drifted away from the Kid and the polite snub he had given them. They did not refer to him again that afternoon, though they had spoken of him a good deal on the way from California and had talked over every cute little baby way and every boyish prank he had perpetrated while they were still at the Flying U. How he had nearly drowned Silver, and how he had ridden off with a bag of doughnuts and jelly and prunes and lost himself in the Bad Lands trying to find the round-up and help the boys. How he had been kidnaped and had escaped and let Silver carry him home—things which the Kid had forgotten long ago, very likely. But they remembered, and they had felt the old proprietary affection for him welling up in their hearts as they recalled the things he had done, the things he had said, the way he had looked when he was six and wore chaps, boots, spurs and cowboy hat which Chip had had made to order.”