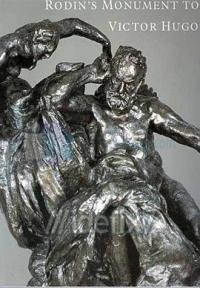 https://www.ilknokta.com/auguste-rodin/rodins-monument-to-victor-hugo.htm
Rodin's Monument To Victor Hugo
Ledo Yabancı Kitaplar
50.00
The death of the great poet-patriot Victor Hugo (1802-1885) stimulated the French government to transform the Pantheon in Paris into a republican hall of fame. It was to include a monument to Victor Hugo, who had carried the spirit of the French Revolution into the nineteenth century. The artist chosen was the master sculptor Auguste Rodin (1840-1917), who valued the commision above all others that he received. The story of the monument's development, which is compellingly told in this thoroughly researched catalogue, is a long and turbulent one, marked by political disagreement, the complex history of the Pantheon, and the drama of Rodin's relationships with his fellow artists and others. It was not until 1964 that the first bronze cast of Rodin's Monument to Victor Hugo was made, a majestic work based on the plaster that originated in 1897 and intended for a permanent setting at a busy street intersection in Paris. The same plaster group also served as the basis for the second bronze cast, commissioned in 1995 by the late B. Gerald Cantor, the pre-eminent collector and proponent of Rodin in the United States in the second half of the twentieth century. This major traveling exhibition and accompanying catalogue, both prepared by the Iris and B. Gerald Cantor Foundation as part of their ongoing mission to bring the work of Rodin to a broader public, present over twenty sculptures by the artist, as well as works on paper.
(Tanıtım Bülteninden)