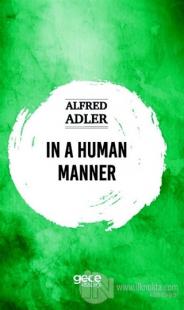 In a Human Manner
Alfred Adler

lnvestigators who believe the characteristics of an adult are noticeable in his infancy are not far wrong; this accounts for the fact that character is often considered hereditary. But the concept that character and personality are inherited from one's parents is universally harmful because it hinders the educator in his task and cramps his confiden­ce. The real reason for assuming that character is inherited lies elsewhere. This evasion enables anyone who has the task of education to escape his responsibilities by the simple gesture of blaming heredity for the pupil's failures. This, of course, is quite contrary to the purpose of educa­tion.