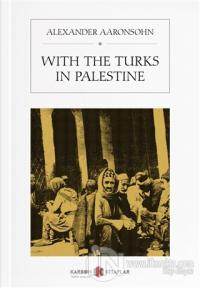 With The Turks in Palestine
Alexander Aaronsohn

https://www.ilknokta.com/alexander-aaronsohn/with-the-turks-in-palestine-1.htm
With The Turks in Palestine
Karbon Kitaplar
17.00

In this unique book first published in 1916, Romanian Jew Alexander Aaronsohn documents for the world the struggle that went on in Palestine during the early years of the Zionist movement, when his parents helped found the village of Zicron-Jacob and worked to transform the desert into a fertile garden. Aaronsohn tells the story of his life, from his early trip to America to being pressed into military service for Turkey. His personal account covers the imposition of Germany into Turkish politics and the effect of German propaganda on Turkish attitudes towards outsiders, including himself. In the events that follow, Aaronsohn struggles to save his home and his family from growing oppression of the Turks.