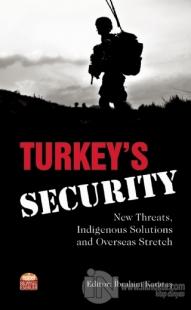 This book analyzes Turkey's fight with terrorism, overseas bases and its efforts to produce indigenous weapons. Threats to Turkey have changed and transformed in the last two decades. Besides, struggling with the PKK terrorist organization, the Arab Spring led to the emergence of new existential threats such as ISIS, another terrorist organization, PKK's Syria branch YPG, and waves of migration, originating mainly from Syria. In addition, Turkey incurred a failed military coup perpetrated by FETO (Fetullahist Terrorist Organization) in 2016. Thus, it had to fight PKK, YPG (SDF), ISIS and FETO simultaneously until recent times. On the other hand, Turkey accelerated the production of indigenous weapons from early 2000s onward. As of 2021, more than 70% of Turkish army's military equipment is supplied by local defense companies. Relying on its economy, active foreign policy and advanced weapons, the Turkish state also began to construct military bases in various countries and got involved in clashes.