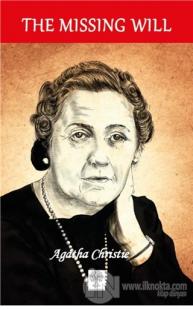 The Missing Will
Agatha Christie

https://www.ilknokta.com/agatha-christie/the-missing-will.htm
The Missing Will
Platanus Publishing
22.00

Poirot receives an unusual request from Miss Violet Marsh. She was orphaned at fourteen years of age, when she went to live with her Uncle Andrew in Devon. He was recently returned from making his fortune in Australia. He was opposed to his niece bettering herself through book learning. Violet rebelled against him and got her­self into Girton College some nine years before meeting Poirot. Although somewhat strained, her relations with Andrew Marsh remained cordial. He died a month be­fore she meets with Poirot, leaving a will with a strange clause. The will is dated 25 March and timed at 11:00 am. Marsh gave instructions that his “clever” niece was allowed to live in his house for one year; in that time she had to “prove her wits”. If at the end of that time she had not done so, all his worldly goods would go to cha­ritable institutions and she would be left with nothing.