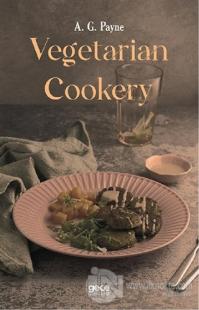 There are very few persons, unless they have made vegetarian cookery a study, who are aware what a great variety of soups can be made without the use of meat or fish. As a rule, ordinary cookery-books have the one exception of what is called soup maigre. In England it seems to be the impression that the goodness of the soup depends upon the amount of nourishment that can be compressed into a small space. It is, however, a great mistake to think that because we take a large amount of nourishment we are necessarily nourished. There is a limit, though what that limit is no one can say, beyond which soup becomes absolutely injurious. A quarter of a pound of Liebig's Extract of Meat dissolved in half a pint of water is obviously an over-dose of what is considered nourishment. In France, as a rule, soup is prepared on an altogether different idea. It is a light, thin broth, taken at the commencement of the meal to strengthen the stomach, in order to render it capable of receiving more substantial food to follow. Vegetarian soups are, of course, to be considered from this latter point of view.